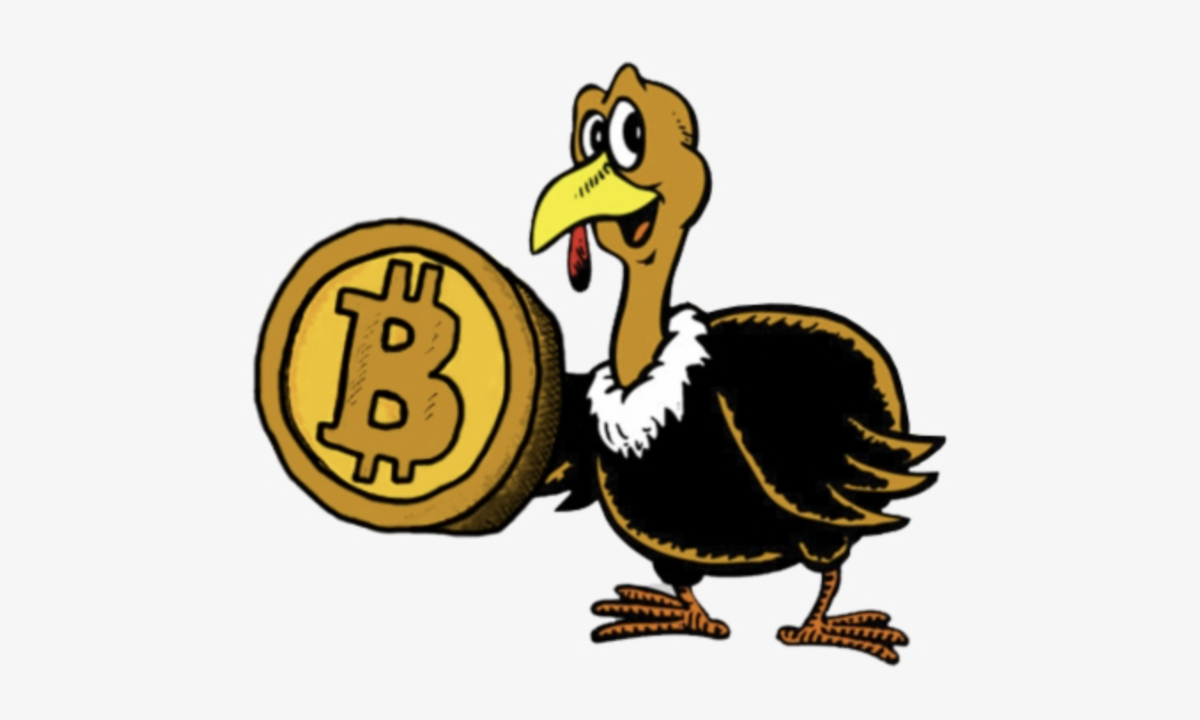 Explaining Bitcoin to Your Family this Thanksgiving, Made Easy

Home for Thanksgiving this year? If so, then like many a Gen Z or Millennial man or woman heading home for the festivities, you may be bombarded with questions about Bitcoin.

But only because you’re the most trend-savvy peep at the table, and because cousin Amy’s bustling “Gamer_Girl.94” Instagram page with links to her $3 Thanksgiving special on Onlyfans makes for an uncomfortable conversation, even though she accepts Bitcoin as payment (good luck explaining THAT one to the fam).

But yes, with all the hype around cryptos and Bitcoin in the past few years, it’s bound to come up as a topic at the dinner table – this Thanksgiving or the next. So, this begs the question: how do you explain Bitcoin to your family without them staging an intervention with the neighbor’s shrink or the priest from the local parish?

Perhaps we can shed some light on this tricky situation with a few tips.

Okay, so most of the family has probably heard of Bitcoin before, and they may have a few questions, usually starting off as statements: “it’s not real money… is it?” or “criminals use it to launder money… don’t they?”

Regardless of the question, as the crypto community’s representative at your Thanksgiving dinner table, it’s your job to produce the right answers. Start by telling them that Bitcoin is, indeed, real money, just in a digital form.

Explain that Bitcoin is not only like real money, but in some ways, also resembles stocks. Bitcoin can be used to buy goods and services just like regular money can, but fluctuates in value according to supply and demand, just like stocks do.

Try to avoid terms such as “blockchain” or “cryptography” in the beginning, and focus on explaining how digital currencies are simply the next step in the evolution of finance.

“But, where does Bitcoin come from?”

This is probably the next question they’re going to ask, and it’s better to stick to the basics with this one. Of course, Bitcoin mining is an integral part of crypto and how it works, and you’ll need to explain this very carefully without losing the family altogether. 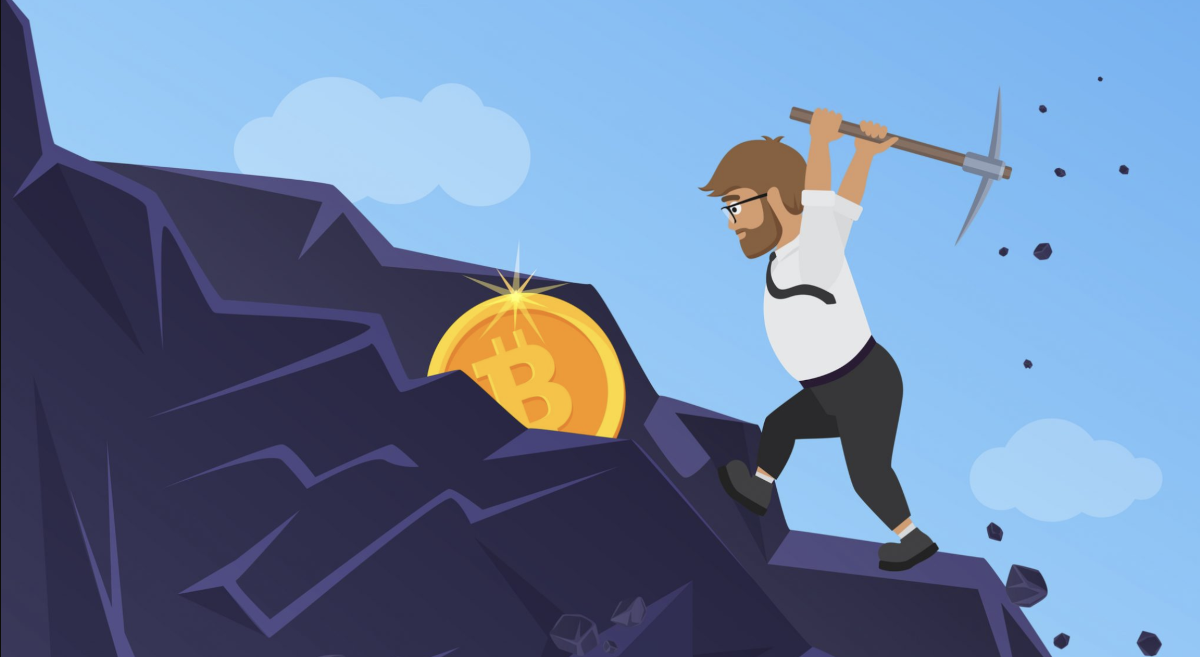 One of the best ways to explain Bitcoin mining to noobs is to compare it to a mountain. Let’s see how this could go:

“You can think of Bitcoin as a mountain, and in this mountain, there are 21 million Bitcoins. Just like scarce resources such as gold, coal, and copper are mined, so are Bitcoins. Bitcoin miners extract Bitcoins from this mountain (blockchain) using specialized computers, and receive a reward in new Bitcoins generated from the process.”

See? Easy! You’ll also need to touch on the fact that just like the dollar is split into pennies and dimes, Bitcoins are also split up into smaller denominations, called Satoshis. This makes the currency easier to distribute and exchange in smaller amounts.

Explain the uses – stick to the basics

Whether you’re looking to persuade your family into investing in Bitcoin or simply just filling them in on how it works, they’ll definitely want to know what it can be used for. Fortunately, answering this one is a little easier:

“Whatever you can use real money for, you can use Bitcoin for the same things – almost anything and everything (just ask cousin Amy). However, since Bitcoin is digital, you can’t exactly waltz into the corner café and expect to buy bread and milk using Bitcoin – unless the merchant accepts it, of course.” 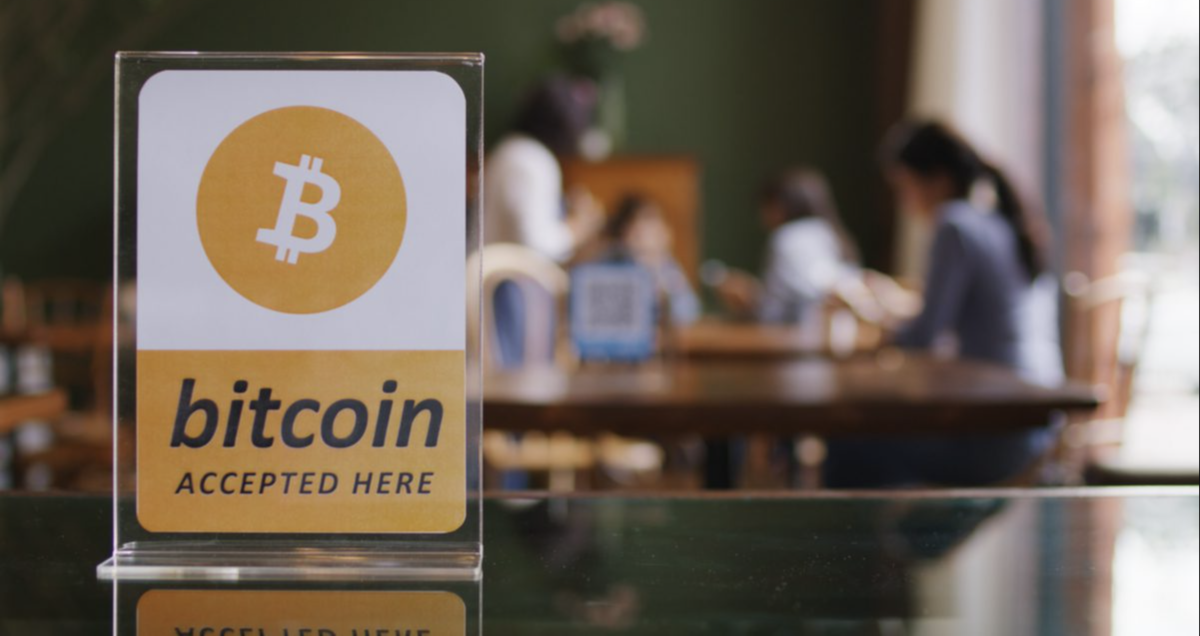 “The online world is where Bitcoin thrives. You can purchase all sorts of goods and services online using bitcoin. Many Bitcoin users also choose to invest their coins, as volatile markets with huge spikes in value have made many a rich man, but of course, some have lost on it too,” – don’t mention anything about FTX unless it comes up – save that for Easter when things have calmed down.

“How do I get Bitcoin?” Aunt Valerie is sold

Some of your family members may not need much convincing before getting hooked on the idea of Bitcoin, and will probably ask where to get it. In this instance, it’s better to explain how YOU go about acquiring your Bitcoin or other cryptos, as this makes further questioning on the subject much easier down the line, and you’ll know exactly how to guide them through the process.

Touch on the use of crypto wallets by conveying that they are simply a digital means of storing your funds. Explaining how blockchain works, on the other hand, might be a little tricky. Just stick to the basics – “it’s a digital ledger that records all transactions and is visible to the public without exposing anyone’s identity.” Voila.

You can also direct them to a few crypto exchanges that offer wallets such as Coinbase or Binance – there is loads of information on using bitcoin and how to get your hands on it (for those that seem keen to get in on the crypto game).

Why is Bitcoin important?

Not only does Bitcoin offer many advantages over fiat, such as faster, safer, and cheaper transactions online, but it has also come to be a valuable value storage asset, and is even compared to gold. Bitcoin has been able to withstand economic challenges better than fiat money in the past, which is why many use it to store value during a financial crisis.

And yes, it is very volatile, and with all that’s been happening in the crypto space of late, prices have plummeted. But just like before, they’re bound to pick up again. Moreover, Bitcoin and most other cryptocurrencies run on decentralized blockchains, so governments and central banks can’t control or regulate the currencies.

This means that you have complete control over your funds, which by the way, sit on a virtually unhackable blockchain that is maintained by a peer-to-peer network of independent nodes.

Whether you like it or not, crypto adoption is taking place at an exponential rate, with many major companies and even governments looking at incorporating blockchain technology into their current operations.

As we said, crypto is the next step in financial evolution, and although the currencies of the future may not be Bitcoin, Ethereum, Litecoin, or the rest, but may very well be based on the technology behind these revolutionary cryptos.

Tell your family about Bitcoin this Thanksgiving – it’s easy to do!

Well, that should be enough for you to cover the Bitcoin topic until Christmas and still give you enough time to stuff your face with turkey, stuffing, and pumpkin pie at the dinner table before it gets cold. And if they want more info, ask cousin Amy to elaborate – that should be a bit of fun!

Happy Thanksgiving, folks. And we hope you enjoy the festivities. But don’t forget to visit Punt for upcoming Thanksgiving promotional offers with all the bonus stuffing you need to fill up on those big wins.