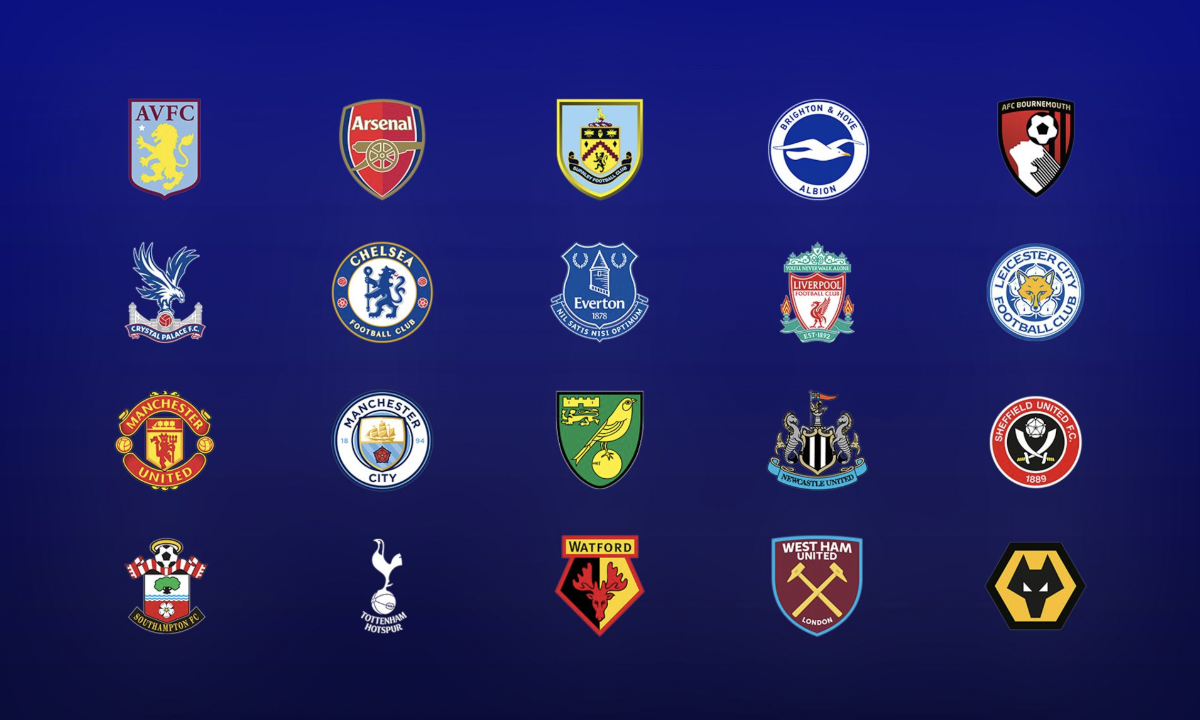 You know there’s nothing we love more than putting the power in your hands with the Punt Casino blog. But today, we’ve decided to have a little fun. So, just for the hell of it, we thought it would be interesting to see which casino games we can match up with Premier League football teams. Sounds bizarre? Good, this is Punt – out of the ordinary is exactly what we’re going for.

Anyway, enjoy the list. And for those die-hard football fans out there, please remember, it’s only a bit of fun. We don’t want any hooligans on our hands – unless you’re after our epic bonuses and promotions or gobsmacking casino games, of course.

They pulled off pure magic in the 2015-2016 season, winning the Premier League when everyone least expected it. Some say it might even be the most epic underdog story ever told – was it Voodoo Magic that got Leicester City the gold? 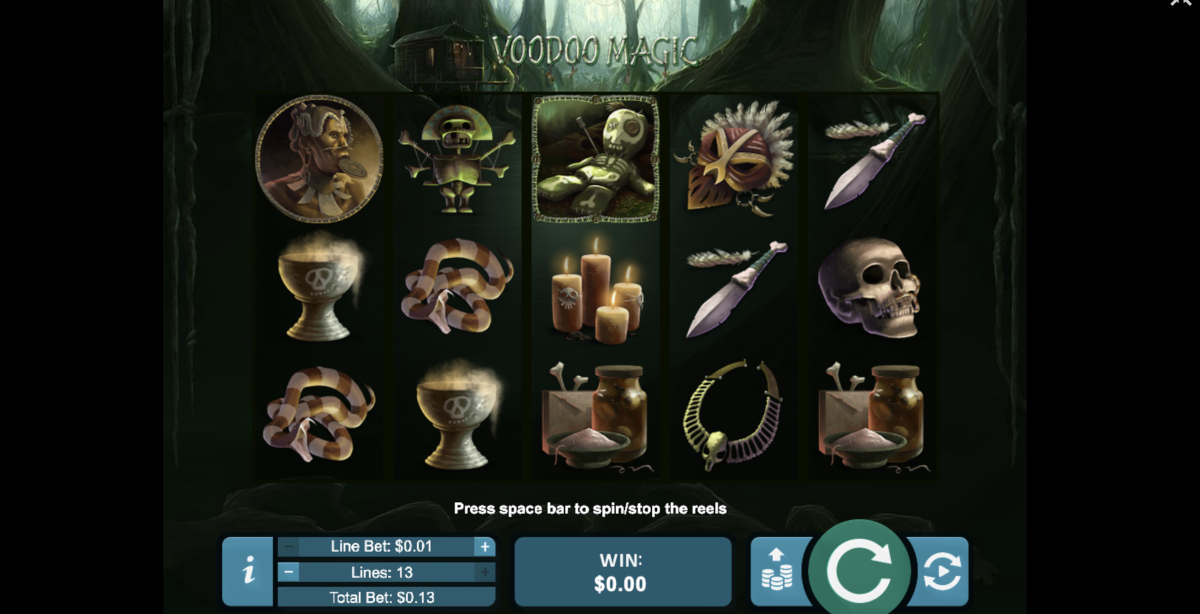 Played on 5 reels with 13 adjustable paylines and a low minimum bet of only $0.01, Voodoo Magic takes playing penny slots to the next level with a 50,000x bet per line max win. Yes, it has a very dark vibe about it, but who says fun has to be innocent anyway? And we suggest you turn the volume down low – the sounds are almost as creepy as fans chanting at a Liverpool match.

This may be slightly offensive for Manchester United fans – but hey, it’s your fault for supporting them. So, shall we start with the ridiculous ticket prices at Old Trafford? Maybe it’s because you always get an extra 15 minutes of match time – they run on Fergie Time over there, remember 😉

Let’s cut to the chase. If there’s one football team with the most hated fans, it’s Manchester United. Yes, they have a massive fan base across the globe, but the majority have been dubbed glory hunters, obnoxious, and they tend to brag a lot – it’s like they’re living in a different world. And for that reason, Man United gets Nine Realms slot – don’t worry fans, there’s plenty to brag about here!

As one of the newer releases from RealTime Gaming, Nine Realms blows away with captivating graphics and exciting features. There are no paylines, as payouts are formed by landing identical symbols on adjacent reels from the left. This slot has loads to offer – just like Man United’s merchandise collection. Read a full review on Nine Realms right here.

Always off to a good start but crumble under pressure – kind of like the symbols in Sweet 16 Blast slot. However, there’s a lot more winning going on in the slot, that’s for sure. And look – it’s got a Bonus Buy Feature!

Here we have 6 reels and 5 rows covered in mouthwatering candies and big wins – yum! Whenever a winning combo is formed, the symbols will crumble away (just like Tottenham) to make room for new symbols to take their place (also, just like Tottenham).

You can buy the free spins bonus, and you also have the option to enable the Bonus Bet feature which increases your chances of triggering free spins – now that’s what scoring looks like!

Since it’s oil money fueling the Manchester City machine – it’s gotta be Texan Tycoon! Yes, we know, it’s the wrong part of the world. But this big-money slot can fuel your bankroll just as quickly as any oil Sheikh can. Okay, not quite, but you get the gist of it. 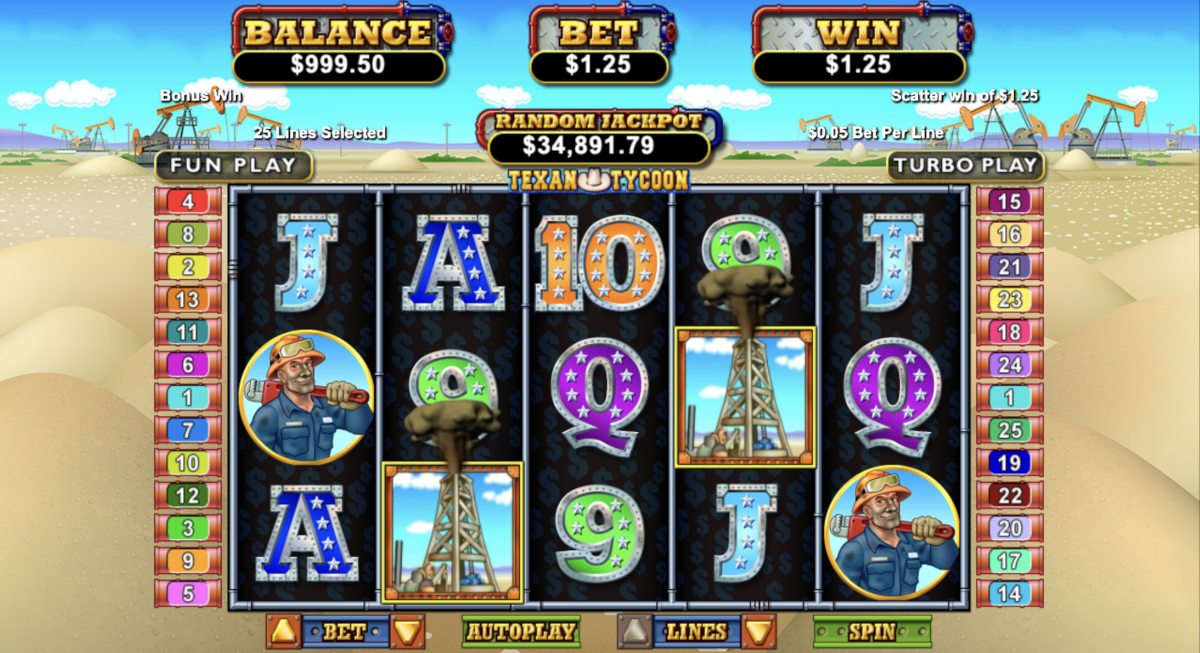 With 25 adjustable paylines, multiplying Wild symbols, Scatter pays with free games, and massive progressive jackpots awarded randomly, Texan Tycoon can turn any player into a big-money mogul in no time.

They swooped in with foreign funding and stole the show not too long ago. Okay fine, it’s been quite a while now. But Chelsea pulled off the perfect heist, just like the one you could pull in Cash Bandits 3! 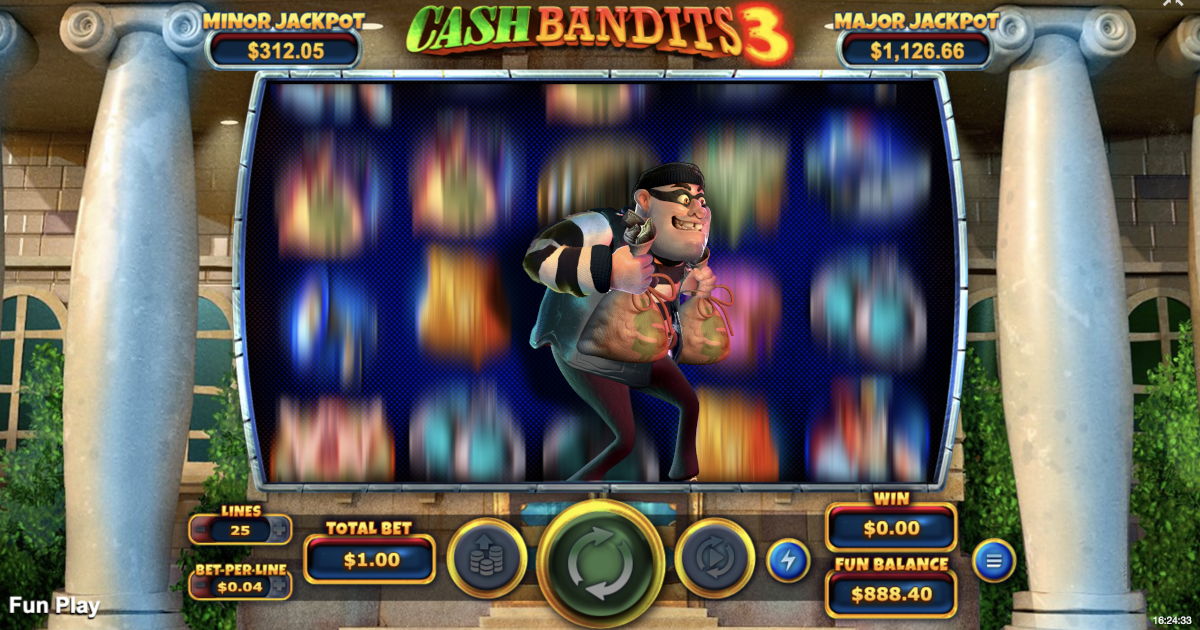 This super slot offers multiple progressive jackpots and you can even adjust the paylines to keep your bet at a minimum. It offers a very unusual bonus feature that’ll see you cracking a safe to reveal free spins and added multipliers – it’s an absolute blast!

They never seem to please their fans, which by the way, were rated as the least intellectual fanbase of the Premier League in a recent study – oops! But don’t get us wrong, there’s nothing vague about Hillbillies slot. And it’s very easy to play as well – perfect for Arsenal fans! 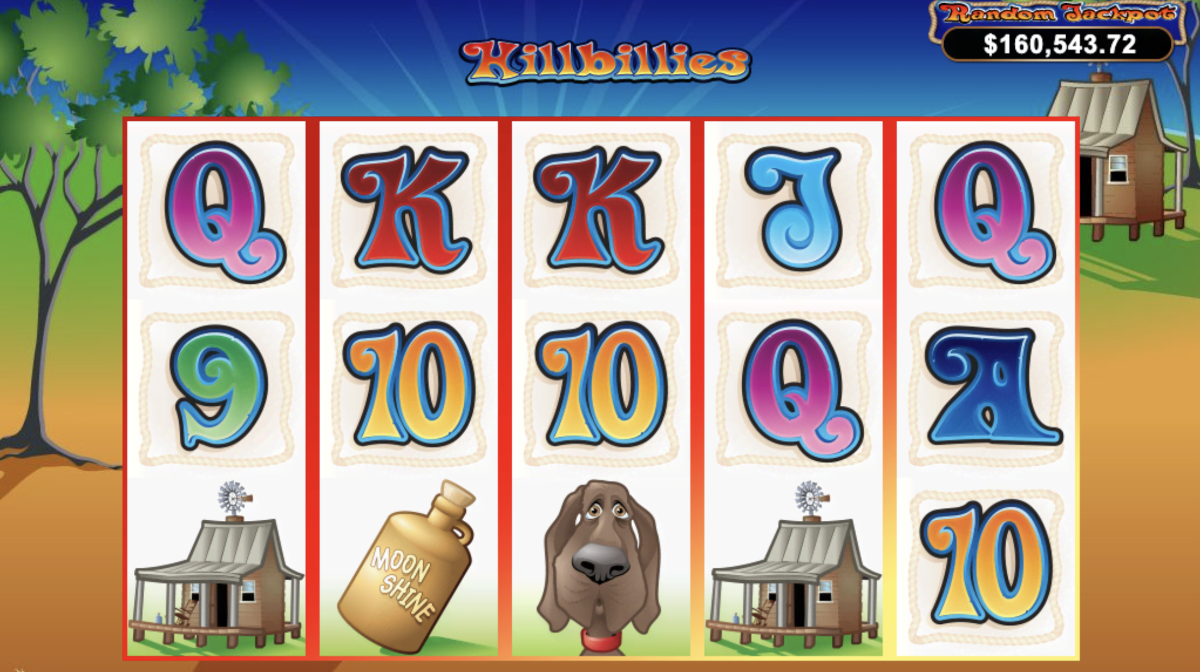 Hillbillies is played on 5 reels with 20 adjustable paylines. It also offers a 50,000x bet per line max win and a massive progressive jackpot that is awarded at random. Oh yes, and it also has a Hillbillies Bonus, but we’ll let you discover that one on your own.

Down to the final team. Always living in the past but never performing in the present, and we all know that nobody likes Liverpool, except the fans, who, by the way, even call themselves “The Unbearables”. And the whole “You’ll never walk alone” thing? Is it because you’re always accompanied by your reflection in Jürgen Klopp’s pearly whites? 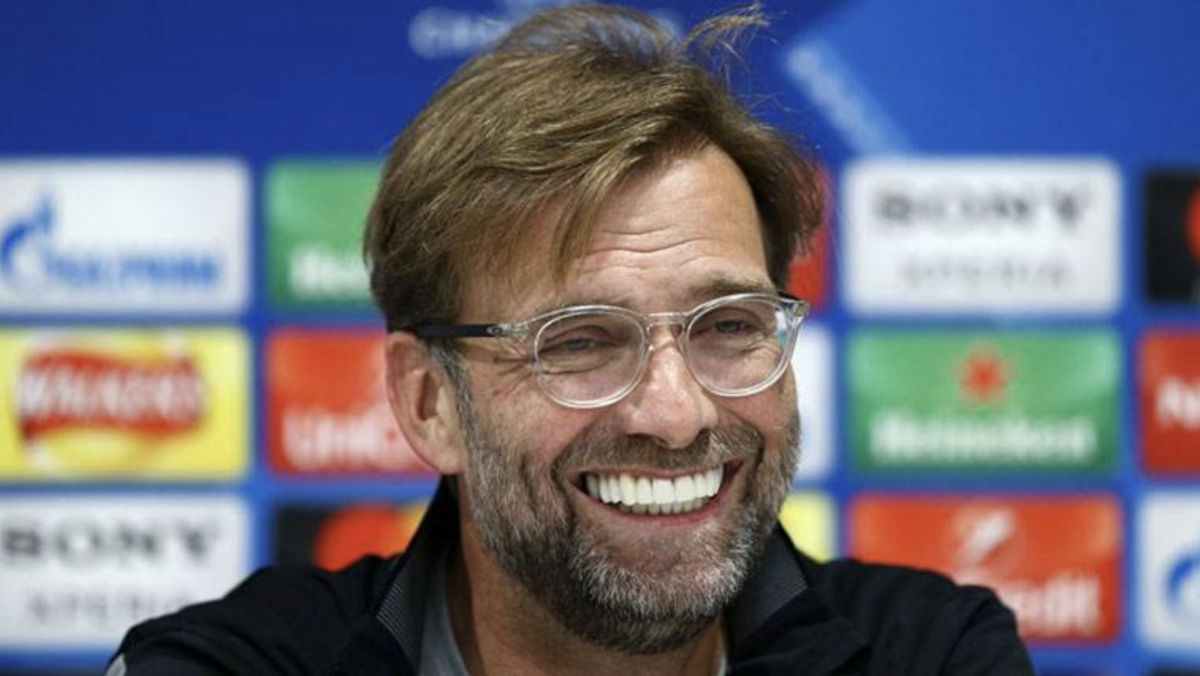 But anyway, our brand ambassador is an ex-Liverpool champ, so we won’t give them too much of a bad wrap. But since the fans are always living in the days of old, Liverpool gets Cubee slot – perhaps these time-traveling furballs can help fans relive their beloved past.

You see, Liverpool fans? That portal is waiting to take you to a better time – jump on in! This slot is unlike anything you’ve played before. Symbols appear from the portal when clicking the spin, and you’ll need to match at least 3 of those quirky characters to bag the win. It’s also played in levels, which makes the game just that much more fun – you have to experience it!

It’s all in the name of fun at Punt Casino!

Well, there you have it. Fun’s over. Back to playing games and winning big at Punt. Oh, wait, we forgot – that’s the most fun you could ever have! Now kit yourself out with a bonus and show these teams what a real goal looks like.

What Is RTP and How Does It Work? RTP Slots Percentage Explained!

Treat Yourself to Delectable Wins in Sweet 16 Blast! Slots Game

What Is RTP and How Does It Work? RTP Slots Percentage Explained!

What Is RTP and How Does It Work? RTP Meaning Explained!   Which factors do you

Learn How to Play Penny Slots and Hit the Jackpot at Punt!

Lights, Camera, Action – The Top 5 Movie Themed Slots at Punt   If you love