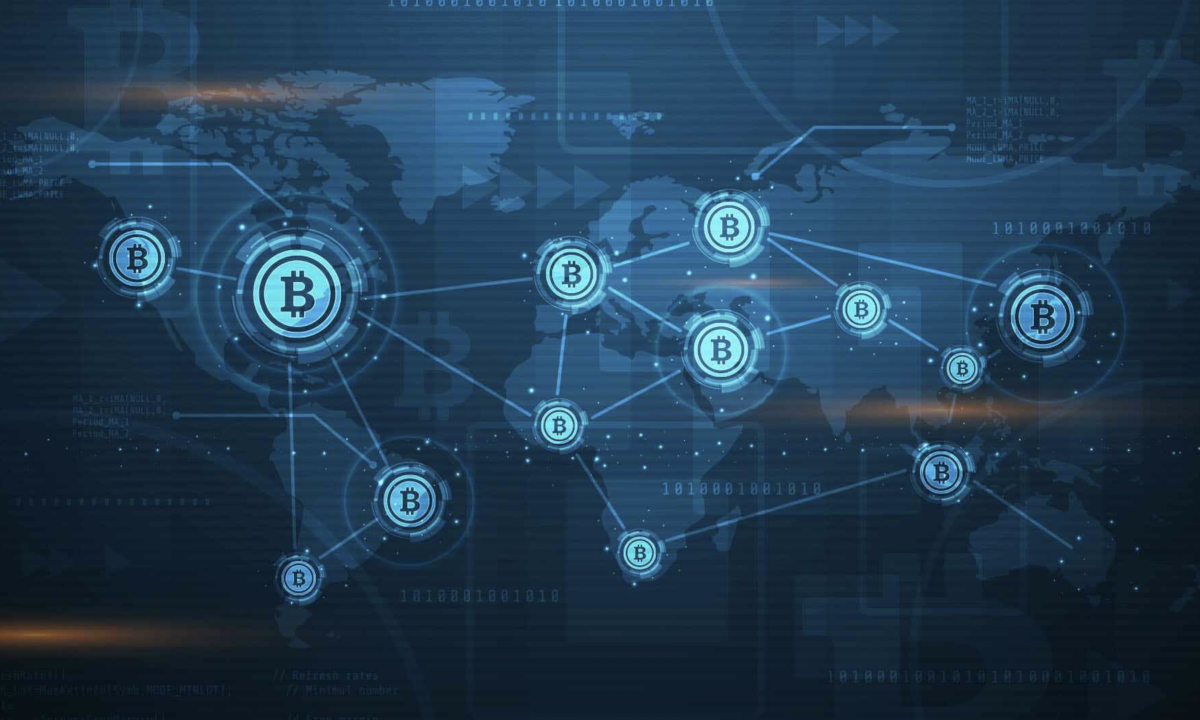 Blog » Crypto guides » What Is Bitcoin.org? Discover the Home of BTC With Punt Casino!

Bitcoin.org – What Is It, What Does It Do, and Why Is It Important?

Bitcoin.org may not be a website that comes up in conversation among many of the soft-core Bitcoin supporters, but for real purists, it remains a kind of Mecca for all things BTC. This is because Bitcoin.org is the spiritual home of Bitcoin, or at least, the closest thing we have to it.

So, since we’re the leaders in crypto gambling, we’ve decided it’s a good idea for our readers to know a little more about Bitcoin.org. Why? Because we like to keep you informed and clued up on crypto so you can take advantage of our epic bonuses and payout-packed crypto games. Ready to learn? Then let’s start with the basics.

Bitcoin.org is an informative website that is committed to educating the general public on Bitcoin and spreading the word about the uses of BTC to cultivate a general understanding of this revolutionary digital currency and how to use it.

It is the website where Satoshi Nakamoto first hosted the Bitcoin Whitepaper in October 2008, and it is still the best place to learn about Bitcoin from an ideological point of view – without any chatter about price predictions or debates over technical minutiae.

Bitcoin.org has been symbolic of Bitcoin itself in many ways, meaning it has had its fair share of drama in its more than decade-long existence; its creation is shrouded in mystery, it has changed hands on numerous occasions, and it has been the subject of ideological and even legal battles.

The origins of Bitcoin.org are as murky as those of Bitcoin itself – no surprises there! Bitcoin.org was registered in August 2008 by an unknown person who is thought to have used the website anonymousspeech.com as a cover, although Bitcoin.org says that the site was “originally registered and owned by Bitcoin’s first two developers, Satoshi Nakamoto and Martti Malmi.”

Today, the Bitcoin.org domain is WhoisGuard-Protected, meaning the identity of the person who registered it is not public information. 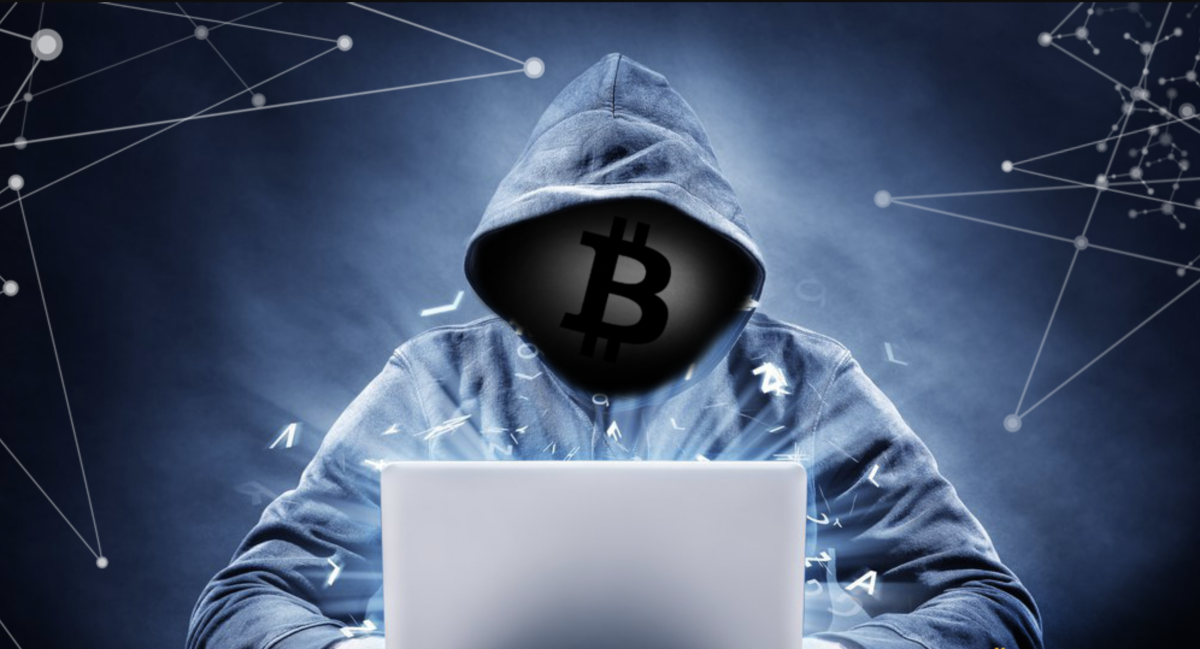 Approximately 11 weeks after buying the site, Satoshi uploaded the Bitcoin whitepaper to Bitcoin.org and pointed to it on the Metzdowd cryptographers mailing list. The site was updated with the first ever Bitcoin client, Bitcoin 0.1, on January 9, 2009, and was home to further updates over the following two years to the present day.

What does Bitcoin.org do?

Let’s start at the beginning. Initially, the site didn’t see much further activity until Nakamoto left the Bitcoin project in late 2010 when it was handed over to what the site describes as “additional people, separate from the Bitcoin developers”.

Again, this was similar to the intent behind Bitcoin itself, with the idea behind this move being “to spread responsibility and prevent any one person or group from easily gaining control over the Bitcoin project,” – staying true to its decentralized nature.

The website was redesigned in 2013 with an expanded knowledge base needed to reflect Bitcoin’s growing popularity, while additional Bitcoin software was added as a translation system.

The site functions in very much the same way today, offering information on Bitcoin, helping you buy it, and showing you how to install and run the core Bitcoin client from your home computer. This client is also the official Bitcoin.org wallet, which is just about the safest and most legitimate BTC wallet you can get, with mobile options also available for download.

As seems standard in the cryptocurrency world, Bitcoin.org hasn’t been without its share of drama. In January 2021, Australian computer scientist and businessman, Craig Wright, took exception to one crucial aspect of the Bitcoin.org site – the Bitcoin whitepaper itself.

In order to bolster his claim that he was Bitcoin creator Satoshi Nakamoto, Wright claimed that the hosting of the Bitcoin whitepaper infringed his copyright, seeing as, in his mind, it was his creation.

As a result, he demanded that the Bitcoin.org whitepaper be taken down – a demand that was totally ignored by the Bitcoin.org domain owner, who went by the pseudonym Cobra Bitcoin – sounds like a badass!

This refusal to comply led Wright to do something that many in the Bitcoin space thought the real Satoshi would never do – he took Cobra Bitcoin to court in the UK, where the site is located, to force him to take down the Bitcoin.org whitepaper.

Cobra Bitcoin chose not to defend the case on the grounds that he did not want to give up his identity, leading to Wright winning a summary judgment and forcing the Bitcoin whitepaper to be hidden from view by anyone visiting Bitcoin.org from within the UK. Anyone doing so is now met instead with a quote from Satoshi Nakamoto:

“It takes advantage of the nature of information being easy to spread but hard to stifle.”

Is Bitcoin.org the official site of Bitcoin?

Today, Bitcoin.org is far more than just a site with a bit of information and the latest Bitcoin client. There are introductory sections for individuals, businesses, and developers to get started with Bitcoin, as well as informative guides and videos on what Bitcoin is, and how it works.

There’s also a directory of useful resources and other sites; tips on where to find members of the Bitcoin community, both online and in real life; a glossary of the most commonly used terms; and even a breakdown of upcoming events in the Bitcoin calendar.

Bitcoin.org is the work of several volunteers, as it has been since day one, all working to keep the site up to date. This is what is reflected in the website’s footer:

“Bitcoin.org is not Bitcoin’s official website. Just like nobody owns the email technology, nobody owns the Bitcoin network. As such, nobody can speak with authority in the name of Bitcoin.”

Can Bitcoin.org be trusted?

Bitcoin.org is the most trusted Bitcoin website on the internet given that it has no central body looking to use it for any nefarious means. The site is constantly being updated, with its Github commits telling an interesting story – the oldest items are more than 10 years old, such as the Bitcoin favicon and Satoshi Nakamoto’s PGP (Pretty Good Privacy) key.

Bitcoin.org remains the home of Bitcoin on the internet, and for many newcomers, it’s the first place they visit when wanting to learn about BTC (you can also come to Punt, by the way 😉).

In a space where technology and innovation move at the speed of light, Bitcoin.org remains an anchor to where the whole movement started and an ode to the person, or persons, who created it.

Binance Coin Gambling Guide: How to Play at the Top BNB Casino

What Is Coindraw? Your Ticket to Lightning Withdrawals at Punt

How to Use a Bitcoin ATM: Beginners Guide to Bitcoin Machines

Learn about Bitcoin ATMs, what they are, how they work, and how to use them with our BTC ATM guide.

Tornado Cash Saga: Does This Mark the End of Privacy in Web3?

Ripple Gambling: All You Need to Know About XRP Casino Gaming

Want to bet with the Ripple XRP crypto? This XRP gambling guide will set you on the right track with all the ins and outs of Rippling gambling.

Crypto Wallet Guide: How to Create a Crypto Digital Wallet [2022]

USDT Gambling: 5 Reasons You Should Gamble with Tether

UDST gambling is only becoming more popular, but why? Punt Casino is taking a deep dive looking at the main 5 reasons why USDT is taking over.